Memory Island is a virtual world built with memories and drawings from six young adults with cerebral palsy. The island is based on an illustration of Thomas Moore's Utopia, the structures are from Giotto's frescoes depicting the lives of the saints. 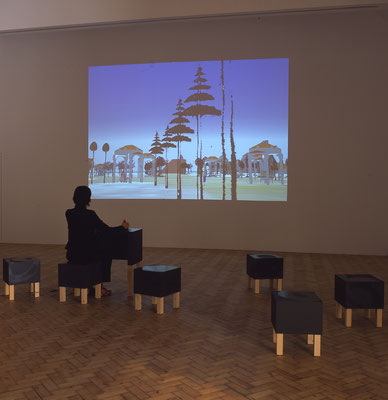 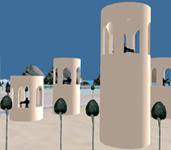 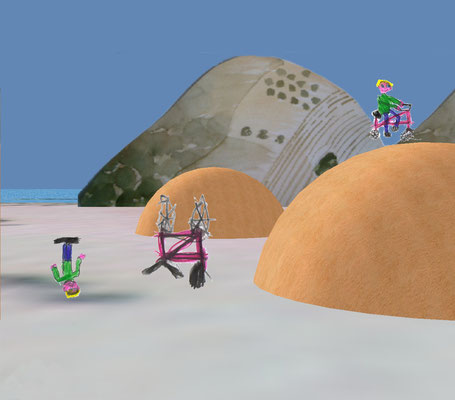 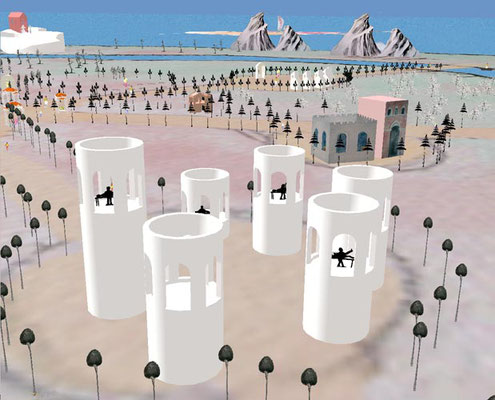 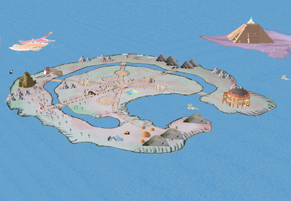 Animations inspired by the life stories.

Preparatory work inspired by a drawing of a mother, by Giotto, by Lorenzetti's Allegory of Good and Bad Government and the landscape of Tuscany. 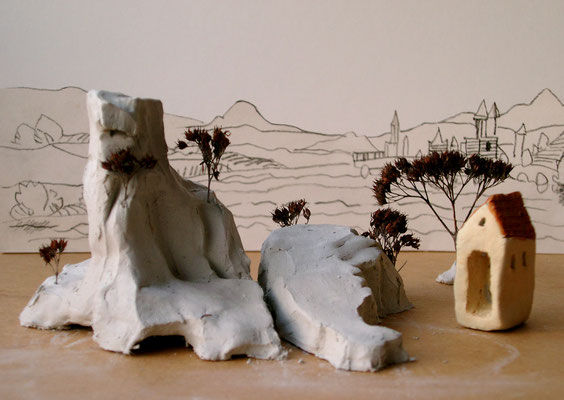 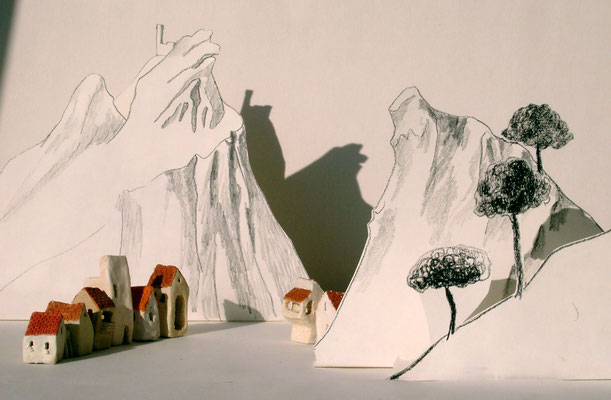 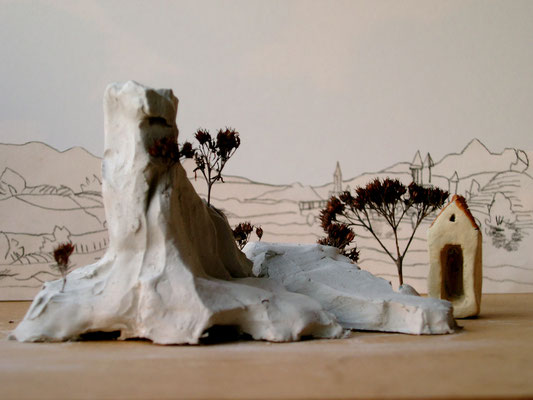 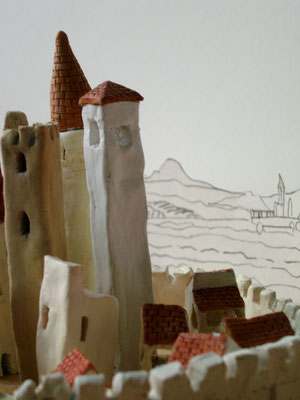 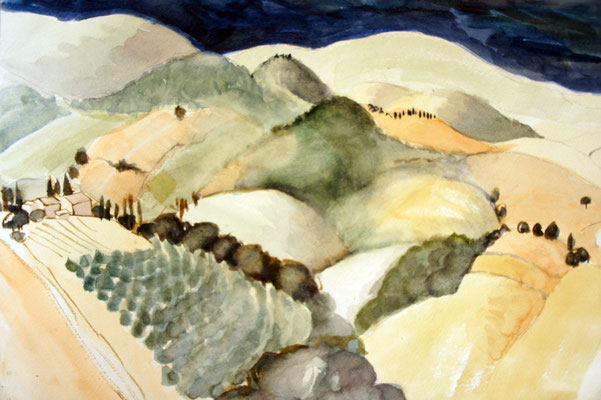 Commissioned by Camden Arts Centre as a three year off-site residency while they were being refurbished, Memory Island was exhibited at the gallery in 2004 as a projected virtual fly-throigh and a series of animations.

'Memory Island is a unique fly-through virtual world where you can share the remarkable life stories and perceptions of a group of young adults with disabilities. Jennie worked with the group to create three-dimensional, computer-based scenes, constructed from their drawings. She sited these within a utopian landscape influenced by the pre-Renaissance architecture and storytelling in the paintings of Giotto. From harrowing recollections of medical treatments to the liberating  experience of wheelchair abseiling, Memory Island offers a chance to journey in a world of personal narratives, perceptions of self and processes of representation. Jennie worked with psychologist Nigel Foreman and anthropologist Laura Camfield to research the perceptions of the young people. Professor of virtual reality, Roy Kalawsky of Loughborough University, gave technical support.'

A catalogue is available from Camden Arts Centre